I know I'm really bad at updating this since I went back to school, but here is the latest on the past month. To start off, I just have to say that February's are just not my months! Every year around this time I somehow get sick! (Example: February 2007, ended up with a double ear infection, sinus infection and upper respiratory infection... AT THE SAME TIME! I do have a picture of what I looked like during a Super Bowl party that year... not pretty to say the least!)
Since Logan's 2nd Birthday, we have gone through a variety of illnesses and injuries. Shortly after his birthday, Logan and I contracted pink eye! That is by far the worst... Logan had woken up from his nap with his eye crusted shut and was acting very confused about what was going on. So we were able to get a prescription to get rid of that. Shortly after our trip to the Cat House, I started to get a sore throat. Ended up being strep throat! Actually around Super Bowl, both Logan and I started to get flu like symptoms... ended up being the flu that you get before the actual flu. The weird thing is that we were told people usually get this strand around October... we just happen to get it in February, Lucky US?! Ugh! So through all this Logan and I have been getting the brunt of the illnesses, while Donald just skates away with an irritated throat for about a day! UNBELIEVABLE!
In between illnesses, however, we were able to experience some things... such as a Superbowl Party that Donald's parents throw every year. (I had been on antibiotics for 24 hours so I felt okay being around others even though I sounded & looked like crap.) 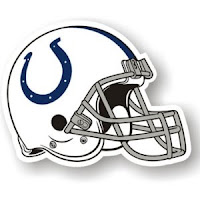 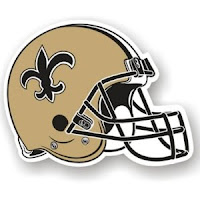 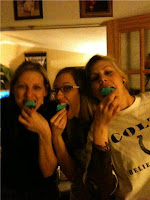 And more recently, Logan and I ventured to the L.A. Zoo with his friends from nursery and their Mommy's. It was a beautiful day on our visit and the sun felt SO good! Eventually we will (hopefully) move out of the A.V. so that my sinuses can get a break from this weather... The wind is KILLER! 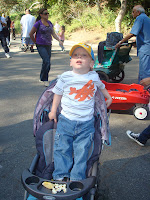 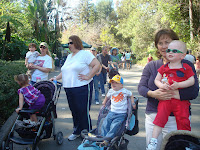 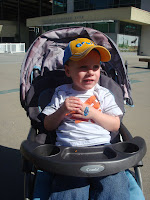 In a nut shell, that's what we have been up to. Our busiest months are to come and hopefully soon nicer and warmer weather is in the forecast so that we can soak up our much needed Vitamin D!

A Visit to the "Cat House"

Logan and I were invited by some of his nursery friends to go visit the "Cat House". It is located in Rosamond, CA. Technically, it is the Exotic Feline Breeding Compound which houses about 70 species of endangered cats (or felines). At the compound, they breed these cats and keep them safe. This allows them to increase their lifespans and keep them from becoming endangered. 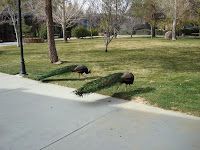 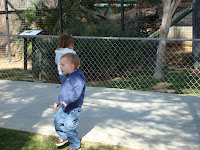 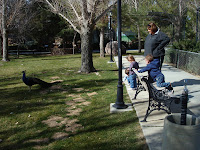 When we first arrived, they informed us that we should stay on the sidewalk and that there should be no running... supposedly in the past, some kids would run along side the fences and the cats would thy to pounce on them or chase them and they would run into the chain-link fence that was seperating us from them and the cats have gotten hurt from that before. So... needless to say, trying to keep 4 two year olds from running or from climbing up the guard-rail was a little of a struggle. :) The kids loved it. They would re-enact the noises and "cat nite nite" when some of them were sleeping. 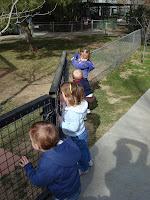 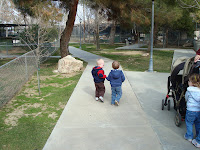 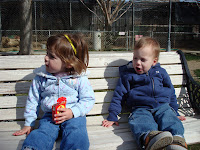 Some of them were adorable and you wanted to touch them, but you knew that they could rip your face off! :) The Jaguars and Panthers were very indimidating and large. Their paws were the size of Logan's head! Interestingly, there were a few that were coupled in their cages while others (such as a new mom with her cubs) were seperated from the father. (That seperation was due to the male wanting the female to himself and only wanting to breed with her and not wanting the cubs to take her attention away from him... in otherwords... the male tries to kill the cubs.) There were white tigers and other breeds of tigers there, but we were not allowed to see them due to their cages were not safe for the children to be around. You have to be over the age of 18 to get near those cages, but I was able to see a white tiger in the distance. After being there for almost 2 hours, we headed home. Logan was fast asleep before I even hit the freeway! 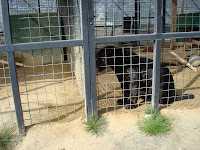 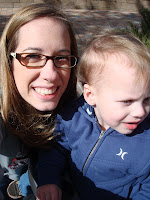 *The Children that went with us were Kim and Cassidy Crawley, Denise and Michael and Britney Hatch.